I’ll get back to opening a foreign bureau in a minute. First I want to convey some important local news: I don’t have prostate cancer.

Duh, I hear you say. You have brain cancer. Well, ever since September 18, I’ve thought I might have both. On that day, my general physician, a man endowed with an impressively long and stout index finger, said during my annual physical that he felt a “nodule” on my prostate and that I should see a urologist. I knew I was screwed  when the urologist’s receptionist asked me on the phone, “did your doctor use the word ‘nodule?'” and when I said, “yes” continued, “then we’d better get you in right away.” The urologist, too, had an index finger for the record books, and after raping me with it said I’d better come back for an ultrasound. Remember that screed I wrote you about me on my roof yelling at Cancer? I wrote that then, and have been walking around for almost a month thinking that cancer was eating me up from both ends. Preoccupied? Me?

Today (October 23), I returned for the ultrasound; the urologist had this device all lubed up and ready to go. 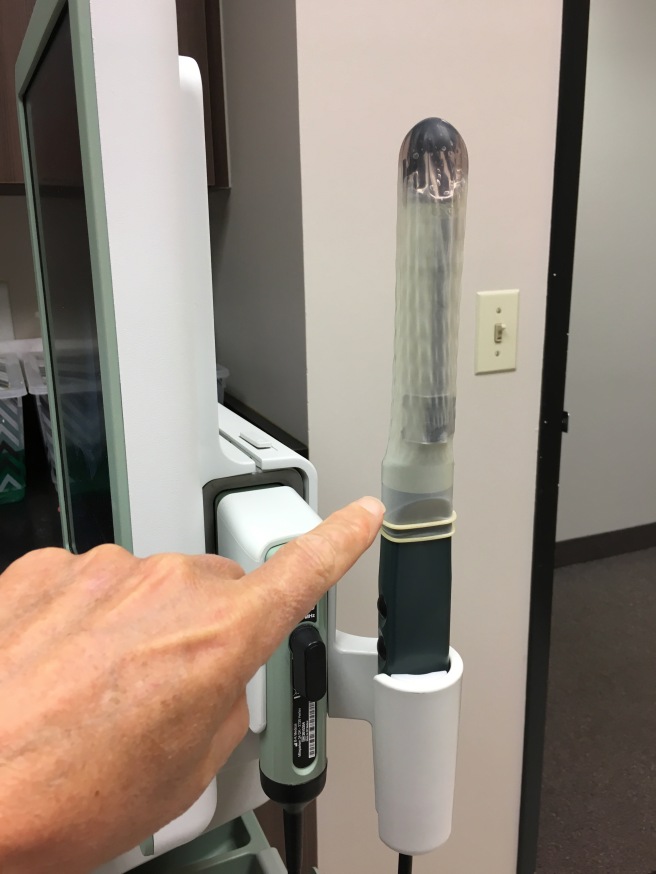 That’s my wholly inadequate index finger, for scale. Getting to the necessary spot with this thing felt like the New York MTA was building a new subway tunnel in my lower abdomen.

But somehow, by looking at this utterly featureless screen, 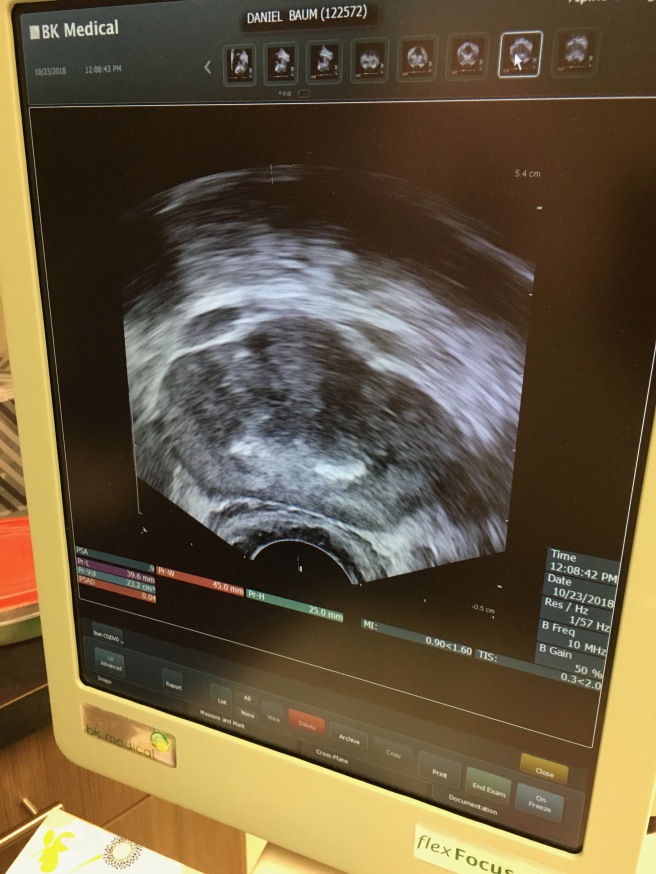 …the doc could tell me definitively that I don’t have prostate cancer and don’t even need a biopsy.

His office is way out at the edge of town, near Costco. Margaret said I was such a good, uncomplaining patient that she would take me for a treat — one of Costco’s signature quarter-pound hot dogs. 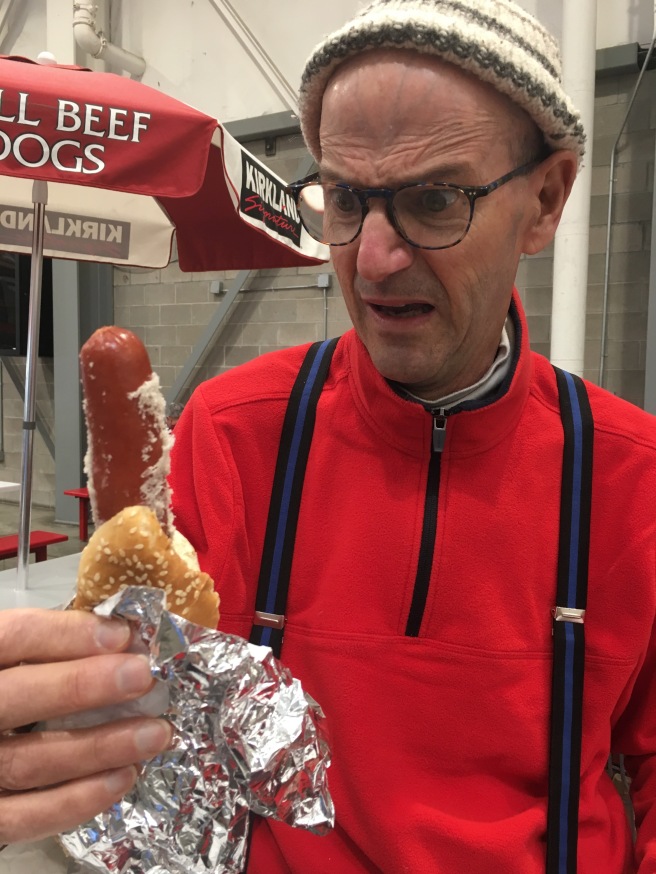 One thought on “Local News!”