When young aspiring writers ask me how they can replicate my freelance career, I often tell them, “First thing you should do is marry Margaret.”

This is how that happened to me:

I got the job of a lifetime in 1982, when the managing editor of The Asian Wall Street Journal in Hong Kong, a paper to which I’d been applying for months, finally relented and offered me a job.* I spent some months in Hong and Manila before being posted permanently to Singapore. Reporting in Asia was a gas, especially since, being either a former U.S. colony (the Philippines) or former British colonies (Hong Kong and Singapore), language wasn’t an obstacle. I was living a longstanding dream of mine — the life of a foreign correspondent — when a cassette tape arrived in the mail from my brother Michael. 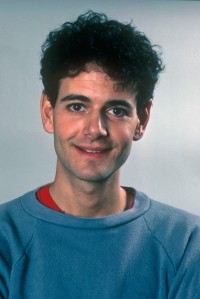 Speaking from a bench in New York’s Central Park, Mike told me that he had a particularly deadly form of leukemia. When I told my bosses that I had to quit so I could return to New York to be with him, they kindly offered to wangle me a job in the New York office of the mother paper, The Wall Street Journal. Not only were they arranging for me to be near my brother for his final months, they were doing the equivalent of calling me up from the farm team to the majors. I covered the oil business from New York until the editors there decided that I should be covering mutual funds in Boston.

Sure, it was The Wall Street Journal, but covering mutual funds  was like dying of old age at 28. Meanwhile, a friend of mine, who was a reporter for The Atlanta Journal-Consitution, kept telling his bosses about me and they kept inviting me down for an interview. I couldn’t go while Michael was so sick, but as soon as he died, on May 1, 1985,  I called Atlanta and offered to come interview. I was up to here with interviewing white men in suits about money, and wanted back out on the streets where the action is.

While waiting to speak with the Journal-Constitution’s  top editor, I picked up that day’s edition to familiarize myself with the paper I was hoping to join. Stripped across the top of page one was the story of a shipwreck off Savannah. Dateline: ABOARD THE USS RAPPAHANNOCK– possibly dictated using ship-to-shore radio. On went an amazingly vivid tale of a fishing boat caught in a storm, whose crew then did everything wrong — like throwing their box of emergency food overboard before jumping in the liferaft. It was a great oceangoing tale, but it was the writing that lifted the story off the page and hung it glittering before my eyes. In a few column inches the writer managed to make three-dimensional people out of each fisherman, arrange suspense, and wring meaning from every word. This was writing! And I was being invited to join this paper! I was working the paper like a bellows, looking for the jump, when the secretary called me inside to his nibs. “Who,” I said, pointing to the byline, “is this Margaret L. Knox? She’s incredible.”

“Oh, that’s just Meg, the Savannah reporter.” First clue that the people running this paper were idiots; they had no idea what they had there in Savannah.

I took the job anyway, bought in Boston the kind of stupid-but- awesome car you can only justify as assuagement of grief after your brother’s death — a red 1969 Pontiac GTO convertible with a 400- horsepower engine, four on the floor, and air shocks that let me pump the back way up — and took a week driving it down the coast.

From Charleston, I called the Savannah bureau. At the very least, I thought, the person who wrote that terrific story is smart enough to put me wise to the paper and its personalities. She said I should stop by when I got to Savannah.

Her office, when I opened the door the next day at about 3:00, was large and almost entirely unfurnished. Stacks of files and books lay everywhere on the floor. Nautical charts were scotch-taped to the walls. It looked like an 11-year-old girl’s idea of what a grown-up’s office might look like. Margaret sat a desk, talking into a big black corded telephone.

After hanging up, she walked across the room, wearing a purple-light-green-and-white blousewith matching skirt, to shake my hand. This is the face that approached me: 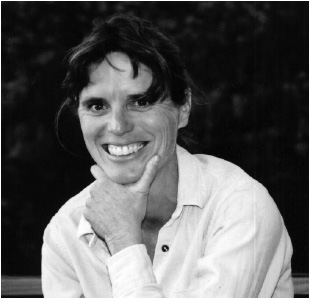 She walked me outside, apologizing that she was on deadline but that she’d be happy to meet later for a drink. “In the meantime, you should go out to Fort Pulaski,” she said. “It was the last all-brick fortification built on the east coast before the development of the rifled cannon, which put an end to all-brick fortifications.”

Now, I don’t know how that strikes your ear, but I’m a history guy, and a gun guy, and there was something simply cool about this woman, whom I ‘d already known wrote so well, and whom I was now only starting to appreciate face to face, talking about the role of rifled cannon in transforming eighteenth-century military architecture.

We had a nice drink, and then dinner, and even went for a late- night swim in the ocean in our underwear. No hint of romance passed between us; she was living with a boyfriend who’d followed her from Michigan, and I — grieving, uprooting — was, ironically enough, taking a short break from my obsessive wife hunt.

Only problem was, I didn’t know it at the time. After congratulating myself endlessly for my deliberate search for a wife, “so I’d know her when I found her,” here she was, and I didn’t recognize who stood before me. Some guys don’t deserve the good fortune they enjoy.

*Having no real experience to offer the AWSJ I fell back on a cheap trick to get the job. Let me know if you want to hear that story.

10 thoughts on “How I found Margaret”